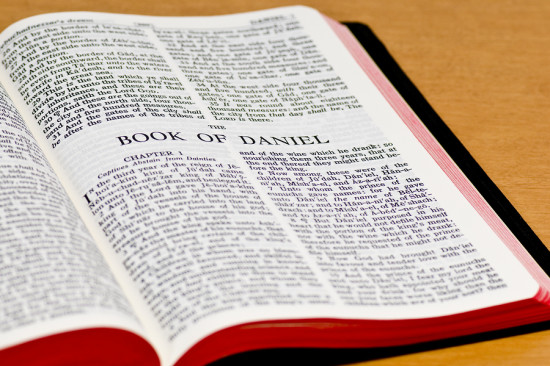 Daniel is the hero of the Book of Daniel in the Bible and is best known for being protected by angels after being cast in the lion’s den.  (Maybe you’re familiar with the Veggie Tales version of the story or here’s a video “Daniel in 30 Seconds”.)

Today, in our modern society of plenty, we all feast like kings every day. Instead of feasting on special occasions like most of our ancestors did, every day is a feast day. Dr. John McDougall refers to the average American diet as a constant feast and recommends that we return to practices in the past and choose only a few special events a year in which to indulge in rich foods, if we do it at all.

Back to Daniel…his caregiver was worried about angering the king by not providing the foods that the king had ordered for these boys in training.  Daniel proposed that he and his friends eat their plain plant-based foods, grains, seeds  and water for ten days and that they then be compared to the other young men to see if they weren’t healthier on their simpler diet.

The test was agreed to and after ten days Daniel and his friends were judged to be healthier than those eating the king’s meat and wine.  (Daniel 1:8-16)

Dr. Michael Greger tends to think that doctors may be more successful at getting people to commit to a healthier plant-based diet by telling them that “the bible told them so.”