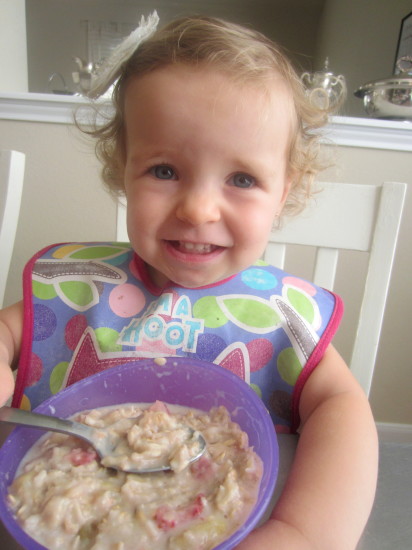 I’ve mentioned that every morning for breakfast we drink a shake. Usually my daughter likes to top it off with a bowl or 2 of oatmeal as well. When we first started giving her oatmeal I wasn’t sure what to put in with it. All growing up, we pretty much did the usual brown sugar and cinnamon, with the occasional dried apples mixed in.  I was talking to my friend a few months back and she mentioned that she just puts soy milk and raisins in her daughter’s oatmeal and that she LOVES it. 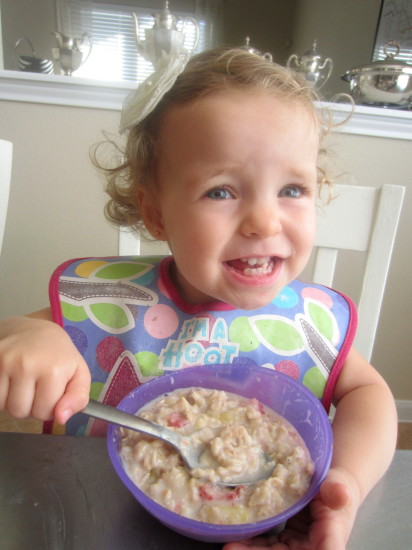 I started out with this creation and have now since gotten more confidence in my oatmeal mix-in ideas. My daughter also LOVES them and the best part is that there is never any sugar in them. The oatmeal in the pictures above have bananas and frozen strawberries mashed into it. I’ll share a few ideas with you today then I’ll share a few more another day. 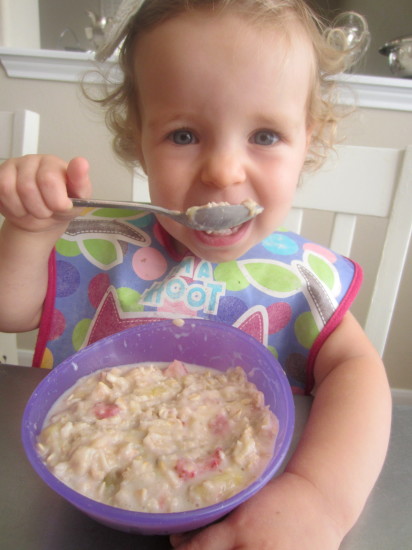 I like having frozen things in the oatmeal because it usually cools the oatmeal pretty well and then I don’t have to water down the oatmeal with ice. I also like to use a non-dairy milk (usually soy milk) to add in some creamy-ness and “water it down” a bit. 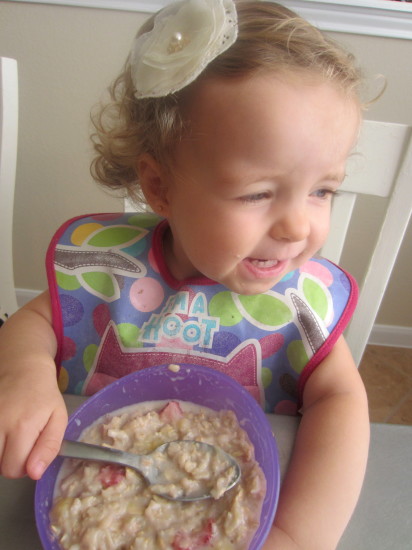 This next picture is just for fun. This is the cupboard next to the stove that she loves to hang out in when I’m fixing dinner. This funny little girl makes me laugh. 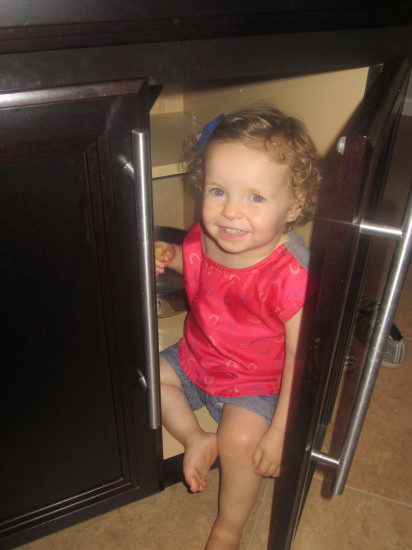 I’ll post a few more ideas a little later, so keep checking back for more ideas!