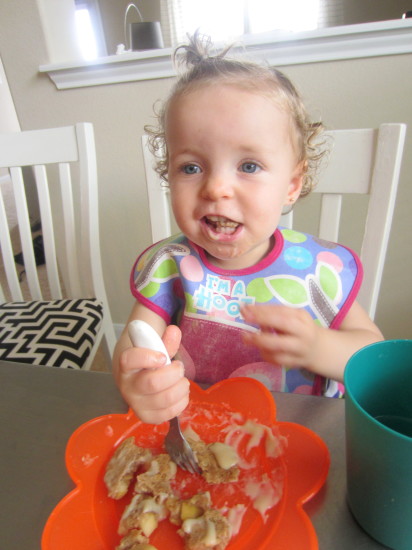 I have had many friends ask me about my daughter’s eating habits and if I have any great ideas for how to create good eating habits. Here are some of my thoughts on the matter.

The other night at dinner my daughter not only ate her bowl of salad, but asked for a 2nd, 3rd and 4th bowl. Let me just tell you that this was a VERY momentous occasion. She will open her mouth for salads and usually does alright with the bowl she is given, but she NEVER asks for more! My husband and I watched in awe as she downed bowl after bowl.

It’s these little triumphs that you have to celebrate. Teaching your child to eat vegetables, especially ones that have different, and sometimes strange textures takes time and patience. There have been lots of things that she has in the past refused to eat, but with much persistence on my part, she is now finally eating them, and most of those she’s even enjoying now. 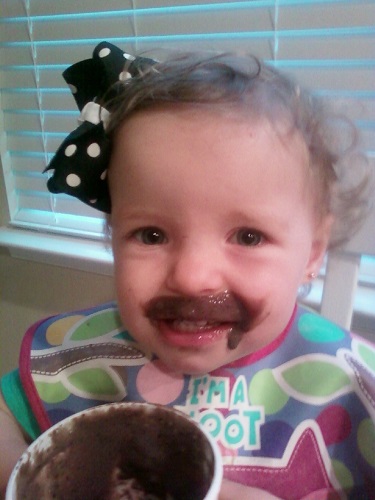 My advice for moms whose children refuse to eat certain foods: keep trying. Give them to your child in multiple different varieties, with different types of seasonings, or cooked in different ways. Don’t settle with the idea that your child “just doesn’t like it,” That phrase is a lie! I believe it was Dr Furhman who said that he doesn’t believe in the idea that people don’t like something, they just haven’t tasted it enough times, or in enough different ways. Just don’t give up! You can do it! There were so many times that I thought to myself “she’s refused this so many times! Why even try?!” But then a few more tries later and she actually ate it. 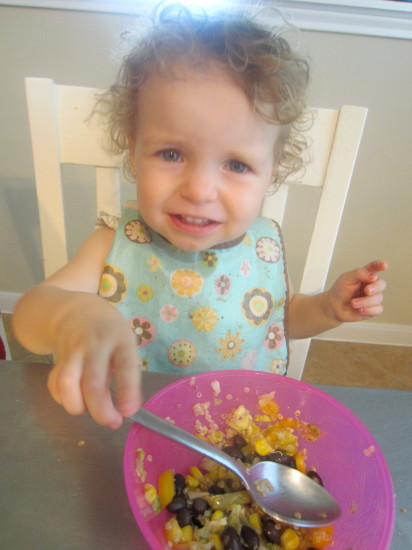 This was shortly after nap-time, thus explaining the Einstein hair..lol

It may come as a surprise to you, but some of my daughter’s favorite foods are broccoli, green beans, carrots, sweet potatoes..etc. She would take broccoli over any spaghetti, toast, or even apples any day. These were all things that I had to really work with her for her to like. I remember probably about 9 months ago complaining to my friends that the only things my daughter would eat were canned green beans(Yuck!) and pb&j’s. After contemplating what I was feeding my daughter, I realized that this was mostly my fault. Yes, I do believe that my daughter was trying to exercise some agency here in telling me no to foods, but I was also to blame. If she wouldn’t eat what I put in front of her, I broke the golden rule and made her something else! NEVER DO THIS! It creates bad habits. If your kids are hungry enough, they WILL eat. Trust me. It may not even be at that meal, but hold out and realize that they won’t starve. They’re just like any other creature on this planet, they want to survive, therefore they will eat! I believe my daughter has only gone without maybe one or possibly two meals ever because she didn’t want to eat what I had given her. Once she realized that I was serious though she started eating, and now she will at least take 5 or so bites of anything.

I hope this helps someone out there. As much as I’m sure you hate to hear it, be patient! You can do it, and so can you little one, it just takes time.