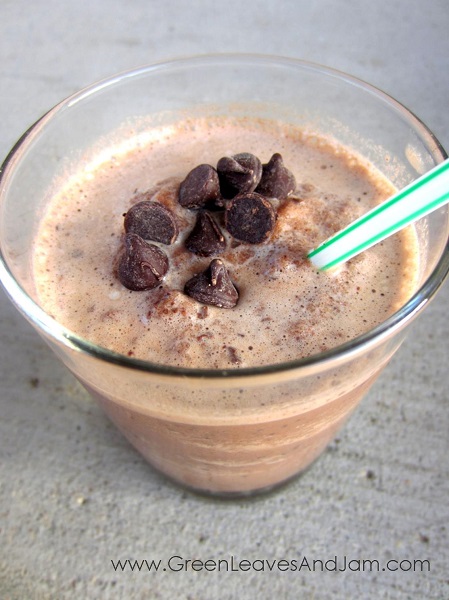 I grew up loving Starbuck’s Double Chocolaty Chip Frappuccino (which by the way is one of the few items on Starbuck’s menu that is caffeine-free). This was something that I have built into myself to crave every time I walk into an airport. I got them a lot, but for some reason, every time I went on a flight I would pick one of these up as a little treat for myself. To be honest, I think it’s been over a year since I had one.. to be honest I can’t even remember the last time I had one (it’s probably better that way..).

I saw this recipe online for these “Healthy Wendy’s Frosty’s”. (Here is the link for the pin: http://pinterest.com/pin/136937644892797928/. I can’t seem to find the actual creator of the recipe though..)Maybe you’ve seen that circling around Pinterest as well. When I made it I was a little disappointed because besides the fact that it was cold and chocolaty, I didn’t feel it was much like a Wendy’s Frosty. I then started to experiment and realized that with a few small tweaks, it was a great substitute for my favorite little Starbucks Frappe, the Double Chocolaty Chip Frappuccino. 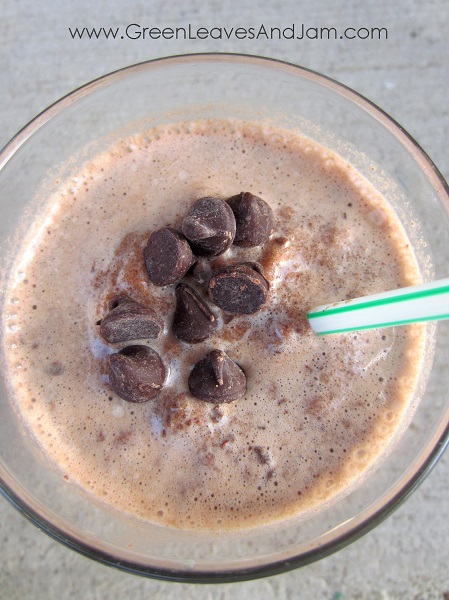 I haven’t actually tried it with vegan whip cream and chocolate sauce because I wanted to keep it healthy, but maybe if I’m feeling really indulgent one day I might give it a try.

One thing that I love about this for a dessert is that after I drink it down there is no guilt. I feel that I got a large dessert and feel totally satisfied, but I don’t feel like I’m going to weigh 5 lbs more the next day. I love that it’s mostly healthy ingredients. Non-dairy milk and ice, a banana, and cocoa. Then just a touch of unhealthy-ness: a little agave and chocolate chips. See what I mean?! No guilt!:) 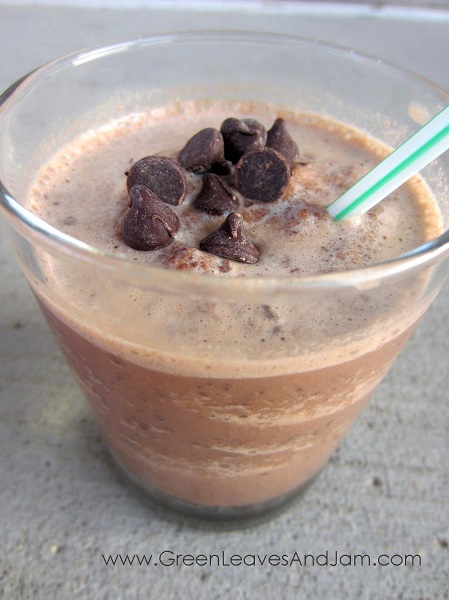 Print
Prep time
5 mins
Total time
5 mins
Makes 2 large cups or 3 small ones.
Author: greenleavesandjam.com
Serves: 2-3
Ingredients
Directions
*You want your banana to be ripe, but try to not let it be too over ripe. The more ripe it is, the stronger the banana flavor will be in your drink.
3.2.1682
Hope you enjoy this as much as we do!