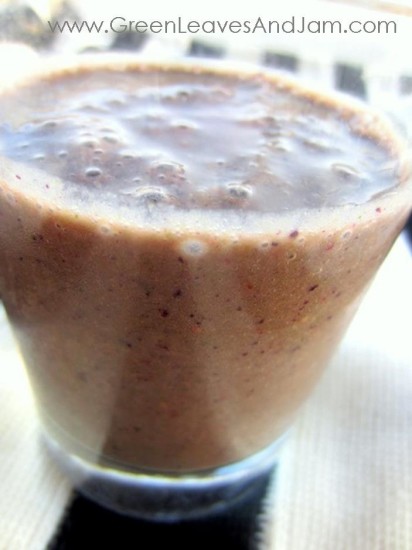 Like I mentioned in the title, this is the smoothie that we drink every morning for breakfast. Most mornings, this is the only thing that I eat for breakfast, but I occasionally have a bowl of oatmeal along with my smoothie. My daughter has a bowl of oatmeal (or two!) every morning after she drinks her smoothie. It’s such a great way to start off your day and then I don’t have to stress too much about the amount of fruit or vegetables that we are getting. Yes, we eat a LOT more fruits and vegetables throughout the day, but it’s just nice sometimes to know that we’ve already got a large amount in in the mornings.

These next pictures are from just the other day. The first is of my daughter’s lovely smoothie mustache! The second is the freak-out my daughter had at the end of her shake when I told her there was no more shake… 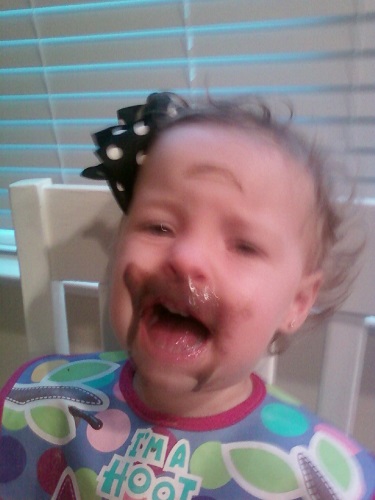 She quickly calmed down though when I told her I was going to make her some oatmeal.

I have gotten lots of questions about drinking smoothies for breakfast..

What do you put in your shakes? If you hang out for just a little bit longer, I’ll put our recipe on this post.

Does it ever get boring? No, and you want to know why? Because we don’t measure. It tastes different almost every morning. Similar, but different. We also substitute fruits often-times such as replacing the frozen blueberries for frozen pineapple, or a mixed berry of some sort. We pretty much always do the bananas and the strawberries, but feel free to experiment however you would like.

Are you ever too cold to drink a smoothie for breakfast? To be honest, because we have been drinking them every morning for the last year and a half, I don’t think about it any more. I never even thought about it being cold because it’s just what we do. Being that it is about to be summer, this would be the perfect time to start that habit so that when winter comes around it’s just what you do too.

Here is how we actually serve it every morning: Joel and I have a cup, and S (my daughter) drinks her smoothie from a cup with a lid and a straw (less mess). 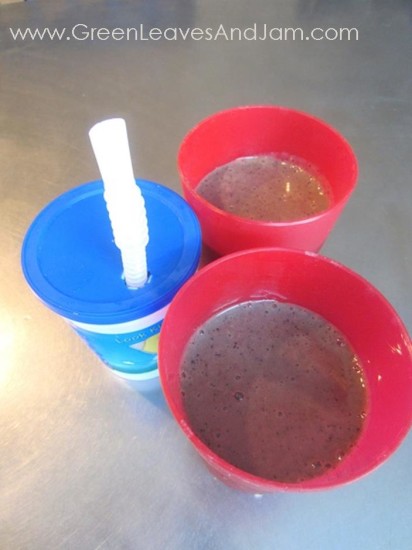 Once you’ve made the smoothies a handful of times and feel comfortable with the recipe, go ahead and experiment with substitutions. It will change up the smoothie and makes for a fun breakfast!