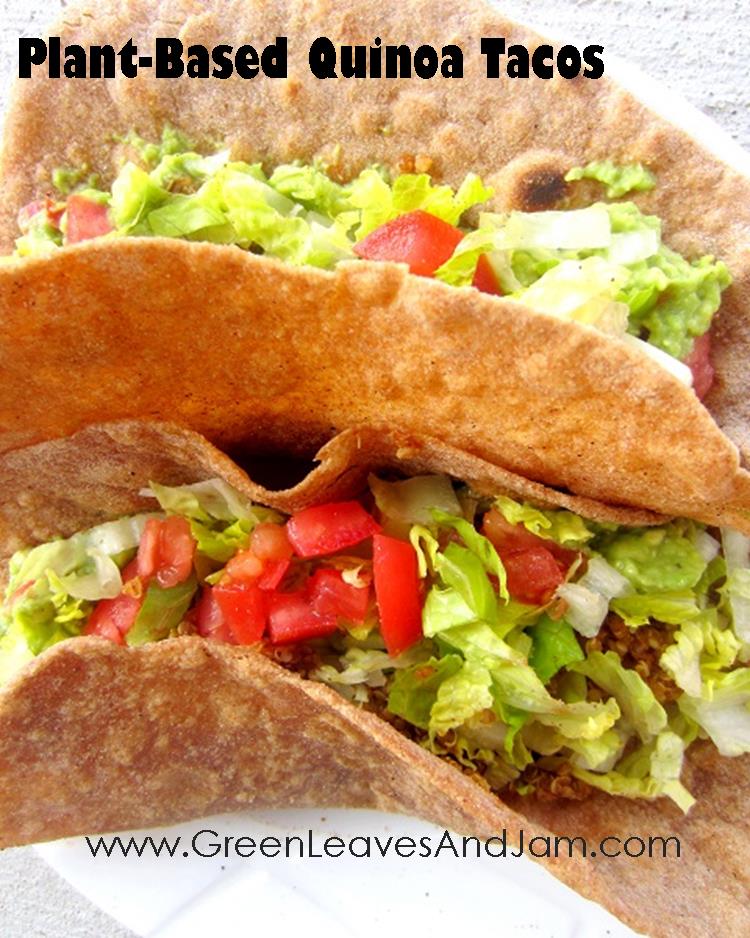 Let’s talk about tacos. I love tacos. There is just something about that taco seasoned “meat” mixed with lettuce, tomatoes, a carb (the tortilla), and guacamole. I don’t always make guacamole to go with my tacos, but when I do, man is it worth it!

We have been making plant-based tacos for a while now but we always made the “meat” with lentils. This was good, but we got kind of sick of them after a little while because they were a little too soft and the lentil flavor masked some of that awesome taco seasoning flavor that we love so much. Then one day it dawned on me, why not try quinoa. So I did, and we’ve been eating it with quinoa ever since. The quinoa really takes on the taco seasoning flavors The texture of the seasoned quinoa is also so similar to regular taco meat, the ex-carnivore in me just loves that! One of the best part about this recipe is that it is easier than the non-plant-based version too. Before you had to watch your meat carefully and stir it often. With this recipe, you add your taco seasonings into the cooking quinoa and that’s it. No stirring, no nothing!

Yes, if you look closely at my tortillas you will notice that they are home-made. You don’t have to home-make the tortillas to have an awesome taco. To be honest, I had started making the “taco meat” when I realized that I didn’t have any tortillas, so I had to make them. There is something really wonderful about a homemade tortilla though, so if you feel up to it, it’s worth it! Also, don’t forget about the Flavorful 4 Ingredient Guacamole. This makes a GREAT taco topping!

Now for the recipe: